A short answer for the managing editor 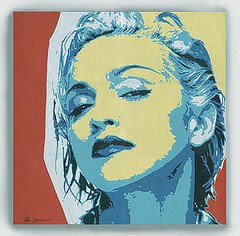 On Sunday, the Flint Journal managing editor told his readers that he is fascinated with pop culture, something all the writers at the paper have known for years.

The problem is not with his fascination with pop culture, but the paper's obsession with pushing it up front.
When a Texas woman, with Flint roots, became a finalist for the American Idol show, the newspaper literally turned over the front page to her coverage for months. It was an embarrassing display of non-journalistic sound excess that people outside the paper still talk about.
The reason given for the obsession with the Idol candidate was that it would draw in younger readers. OK, how many of them bought subscriptions? How many are still reading? More importantly, how did it translate to higher advertising revenues?
The answer: Not a twit.
But, in retrospect, knowing what I know now about the fascination with pop culture, I might have been smarter to pitch my mortgage fraud story of July 2007 differently (http://freefromeditors.blogspot.com/2008/06/mortgage-fraud-story-sees-light-of.html).
Instead of trying to show the editor the startling facts that I discovered in government records that Great Lakes Mortgage Brokers was handing out money at a rate three times the value of homes in a Davison Township subdivision, I should have made up a story that Madonna was involved.
Or maybe that Brittany Spears was planning to move to the subdivision secretly. That would have driven my story onto page one and would have at least exposed the public to the real story of what was going on there.
There were several times over the years that some anonymous person would call the paper and say they heard Pamela Anderson (insert name of other current popular celebrities here) was looking at houses in Fenton, etc. That would set in motion a flurry of intense activity that often involved two, three or more reporters trying to track down the rumor.
Even when the rumor was found to be false, which was always, there was still the push for a story to cover the rumor. It was awful journalism and many of us lament that we were pulled into it.
But the managing editor asked what his readers thought of his fascination with pop culture as page one. Well, there's my thoughts.
Posted by Jim of L-Town at 7:32 AM

It's all about balance. A little fluff here and there keeps things interesting -- after all, we live in a celebrity-fascinated culture. But for the most part, the Journal should leave the pop culture to People magazine and hunker down on its core mission: informing its readers about issues that affect them. Last time I checked there were plenty in Flint to keep a newsroom busy.

Who cares? I live in Aptos and from my porch, the little girl next door sounds like Madonna. Again, who cares? Shows like Idol are only entertainment and not to be taken seriously.Look at the rich producers of that show. Can they sing? Dance? They only care about the sponcers. Lets get real.