Be nice to the troops 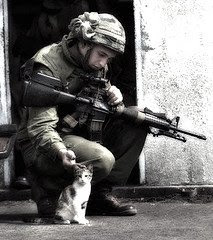 Today, I had a nice talk with a young soldier just back to Lapeer from boot camp and her initial training.

Part of the new Army requires new recruits to go home and serve a 30-day recruiting period before they move on to their first assignment.
She and three of her fellow soldiers were eating lunch (which I ended up buying for them) and were telling me of their experiences in boot camp and beyond.
While at their recruiting post at a nearby Walmart, the young woman, in her desert camo, said she was thanking people for their support as they walked in the store when a lady turned to her very snidely and told her "I don't support you or anything you are doing." She had a similar experience just a couple minutes later, leaving her and her Army friends a little demoralized. That's the kind of reaction I would expect (still not approve) in Berkeley, California, not "lovely Lapeer."
As a Vietnam veteran it hurts me when I hear crap like that. There's plenty of reason to be upset with the government and it's a free country so anyone can oppose the war, but when you see a soldier, please don't ever be disrespectful. Disagree if you will, but please don't be disagreeable to the troops.
If you are someone who would say such a nasty thing to someone who is sacrificing and serving, just be quiet, please.
If you get a chance to do something nice for someone in uniform, please do. After all, they're trying to do something for you.
Posted by Jim of L-Town at 4:33 PM 2 comments: 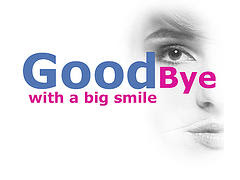 I know funny, and this is funny 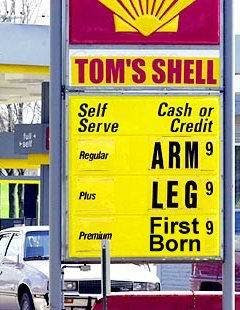 Stole this off a blog I read. Don't know where it came from, but if someone knows, let me know and I'll give it proper attribution. In the meantime. Smile!
Posted by Jim of L-Town at 5:28 PM No comments:

Don't know if the management at the Flint Journal is tuning in here, but at least they are beginning to correct and acknowledge the online errors.
Here is an example, the first that I have seen (maybe not the first overall) of an online error being corrected and why.

Here is the correction posted by Matt Bach today:
Posted by mattbach on 05/27/08 at 8:04AM
andwhatnow,
Thanks for your comments on this story. We did correct in this article Dena Altheide's title and we appreciate you pointing that out to us.
We left Carolyn's title as is, because her position is clerk of the court and not court administrator.
Thanks again for your comments and pointing this out.
To all, feel free to let us know how we're doing and informing us of any mistakes - from typos to possible errors of fact and I'll do my best to research and correct them.
Thanks,
Matt Bach
community conversation producer
The Flint Journal and mlive.com/flintjournalmbach@flintjournal.com810.766.6330

We just arrived home from Buffalo. Another successful trip and a good report on my wife's Dad who is recuperating nicely in a transition care place. The wheelchair ramp is now completed and ready for safer use.
Checking my mail, my friend and frequent visitor and commenter "fast eddie" sent along a picture of his friendly raccoon with an admonishment that raccoons are our friends and we should be kind to them and welcome them to our homes.
Fast Eddy snapped this picture of "Rocky" staring in his window. Rocky, Eddy advises, often brings his whole family to the Fast Eddy home for dinner.
OK, whatever grinds your pepper, eddy.
(Added a few minutes after the post was put online)
Fast Eddy, this from Reflections of a Newsosaur today on the pay of newspaper executives:
"The pay of Robert E. Jelenic, the former CEO of Journal Register Co. (JRC), soared 333.2% to $6.3 million despite a 75.9% plunge in his company’s shares.
Mr. Jelenic is a special case in that his pay envelope was fattened by the $4.9 million severance payment he received last fall when he exited the company he ran for two decades. Since then, JRC has been booted off the New York Stock Exchange and its shares, which traded as high as $18.39 in 2006, now are 24 cents apiece on the Pink Sheet (JRCO.PK).
The company also has warned that it may default this summer on the hefty debt it assumed on Mr. Jelenic’s watch.Mr. Jelenic’s severance payment from JRC, which happens to be equal to 52% of the company’s present $9.2 million market capitalization, was not counted in calculating the average pay of the publishing CEOs, because it inordinately skewed the results. (The full amount of the payment is presented in the graphics below.)"
Don't worry I'm sure in his own way Jelenic feels the pain of the employees he hurt.
Posted by Jim of L-Town at 11:24 AM No comments: