Could Bay City, Saginaw and Flint by far behind?

A loyal freefromeditors reader provided this interesting link about a consolidation of Booth activities:


http://www.editorandpublisher.com/eandp/news/article_display.jsp?vnu_content_id=1003839522
Posted by Jim of L-Town at 5:35 PM No comments:

In my last post I referred to 20 Flint homicides, but in my dead tree version that arrived at home today, the Journal said the current homicide was the City's 22nd homicide of the year.

That means the map is two short and I can't help you out as to where the discrepancy is. It could be that someone wounded earlier in the year has died or that someone has merely miscounted. 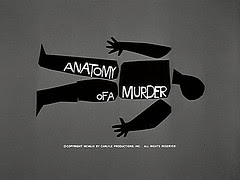 In March, the Flint Journal ran an article with the following lede:

"FLINT, Michigan -- More than two months into 2008, the city of Flint can boast of an unlikely achievement: no homicides.
This is the first time in at least five years that the city hasn't had at least two killings in the first two months of the year. Last year, there were 11 homicides by the time February ended.
Interim Police Chief Gary S. Hagler says it's a sign that Flint is making a dent into violent crime.
"We are very thankful for where we are this time of year," Hagler said. "

Here's the link to the entire story:

So I guess the "dent" that the former police chief was talking about in March has been effectively pounded out in August.

For a complete list and map of the locations of the homicides see a previous entry for a blog (not the Journal's) that keeps track. The total is now 20 homicides. That's 0 to 20 in just five months. Last year there were 30 for the whole year, so if the trend (and boy, do the Journal editors love trends) continue, this could be a bad year for the City. Hopefully not, but just sayin'

And if I'm reading the Journal correctly, the City Jail closed on July 11 due to budget problems. Another interesting fact is that since the jail closed, 10 people have been killed, half the year's total. Now there's something worth looking at.

For one thing, in the March story, then police chief Hagler, credited the jail as part of the solution to the homicide problem. You can read it for yourself at the first link in this story.

Hopefully, the boasting has slackened a bit by now.
Posted by Jim of L-Town at 7:29 AM 1 comment:

New definition of a week: 5 or 6 days 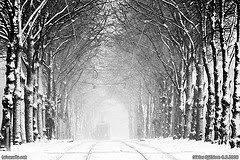 A number of daily newspapers around the country are considering the unthinkable. A daily newspaper that does not come out daily.
In the furious effort to stem losses the bosses of many newspapers, and you can probably include the Flint Journal in on this, are considering eliminating editions on unprofitable advertising days, specifically, Saturday and Tuesday.
Saturdays and Tuesdays have always been light on advertising, even in the glory days, but they were tolerated because, hey we're a daily newspaper.
Just a few years ago, a former Flint Journal publisher made the unconscionable decision not to publish because it snowed too much. No self-respecting daily news reporter would ever believe that could happen, but it did.
Many of us got up early, fought our way to work through a variety of means only to learn that a wimpy publisher decided not to publish and the editor apparently didn't argue or wasn't persuasive enough to convince the publisher to reconsider.
When the story hit CNN many of us hung our heads in shame. Not publishing for any reason is akin to wanting to hide your head under a grocery bag. Friends in the business called in disbelief when they heard the news.
"It's true," I told them. "Are you hiring?"
But now, it won't be snow that apparently shuts down the newspaper, but a lack of profit. As an old friend of mine used to say: "It can always get worse."
Posted by Jim of L-Town at 5:38 PM 2 comments:

New visitors and a murder map

Flint Expats (see link to the right) has a grim, but interesting tool that they use based on the Flint Journal's crime coverage.

A number of years ago, the Flint Journal, which used to keep a running annual homicide tally, sacrificed that to political correctness. Mind you, the murders keep adding up, the Journal just decided not to do the math for its readers.

When the paper moved to end the running tally, many folks called or asked why we did that. I could never give them a good answer. Somehow, publicizing the obvious and real became political incorrect. And some wonder why they are losing business.

And wasn't it just about three months ago the paper ran a story about how few homicides there had been?

But Flint Expats is doing the work and here is the link:

The author of that blog is a frequent visitor and sometime commentor here. I recommend his blog as daily reading. There is plenty of news from Flint, ironically from a guy living out of state.

In an unrelated topic, overnight Monday someone from the Phillipines checked in to the site making us a stop for people in 31 countries now. I have had visitors from 47 of the 57 states (a little Barack Obama joke). With the hits I'm getting, I just wonder when I can start selling ads. That would put me back in the news business, wouldn't it? Never mind.
Posted by Jim of L-Town at 7:49 AM 6 comments:

On websites and changes

Some of those left inside the Flint Journal are no doubt wistfully regretting their decisions not to take the buyout.

There are whispers of “big” changes in the works, which could be anything from major changes in the Booth chain to a brand new, redesigned (again) front page. Stay tuned.

Former photographer and of late videographer, Bruce, one of the last to leave with the buyout, is back filling in for photo editor Steve who was severely injured in a motorcycle accident. (We wish Steve a rapid and complete recovery).

However, the wonderful videos that Bruce produced seem gone from the Journal website. They were well done and at least one, a Kettering student-built tank, made national news. The editor was constantly hyping the new video technology as the savior of the paper and website and now it is seemingly gone. What gives?

In Bruce’s place is a $10 an hour intern. Quite a commitment to the online presence.

In a recent meeting the editor touted the Journal’s print and online presence making the point that more people than ever are reading the Journal if you combine those who visit the website and read the paper. That's some pretty good, if transparent, spin.

Circulation only counts if you are getting paid for it. Who is paying for the online Journal? And how do you know if the same people who are reading the paper aren’t the same ones checking into the website during the day.

And where are the ads? If anyone is going to make the online presence work, don’t they have to find a way to make it pay? This is a business after all. From what I hear, reliable sources and all, is that MLive responds to change requests in snail like speed and the Journal’s commitment to online advertising is one salesperson.

If that Journal salesperson sells an online ad guess who gets most of the cash? You guess it, MLive gets the lion’s share of the profit. How does this make business sense?

Journal editorial management, which was slow to react to market realities, remains mired in old newspaper thinking. Oh they say all the right things and then they replace a full-time talented videographer with an intern.

What’s the old saying: If you find yourself digging a hole, the first thing to do is to stop digging.
Posted by Jim of L-Town at 8:30 PM No comments:

New retiree insurance plan spells no insurance for some

On July 31, Flint Journal employees received a 5-page memo from the publisher outlining a new retiree health care plan. I have read the document and part of it is brutally simple.

Anyone hired after Jan. 1, 2010 will not have company paid (or assisted) retiree health care plans. So if you don't get hired by the Flint Journal by Dec. 31, 2009 that great benefit goes bye-bye.

For those with 15 years of service who wait to retire after 2010, will become eligible for the new Retiree Healthcare Insurance Premium Accounts (RHIPA) which in the confusing literature that accompany the letter indicates that the retired employee will be responsible for purchasing their insurance, but with help from the RHIPA and the current HRA program.

Anyone with 15 years service, who wants the current program of company provided health care coverage will have to retire before Dec. 31, 2009, which may be precisely the point. Certainly, the paper has done a lot to encourage the higher paid employees, who are also covered by the better benefits to leave, but this may provide an incentive for some who did not take the buyout.
The company hosted a Q&A session on Aug. 6 (to which I of course was not privy at least not yet) so maybe some of the issues were clarified for employees. But suffice it to say, the health care provisions are less than what current retirees enjoy.

For one thing, the RHIPA will not cover the total cost of health care insurance premiums, but employees will be able to use their HRA (Health Reimbursement Accounts) to pay out-of-pocket expenses such as co-pays, etc. until, of course, those balances are exhausted as they are now.

Bottom line is there simply won't be company provided retiree health care, as there is now, for current and future employees. The Flint Journal is certainly not alone in cutting health benefits, but clearly the future is not bright for new employees and grim for those hired after 2010.

Employees get "credits" for the years they have worked at the Journal, but the literature does not further define "credits." I'm assuming credits translate into dollars, but how much I don't know.

Under the RHIPA the company will pay "up to a certain percentage (later it says 75 percent)" the cost of the health care coverage, until your credits run out. By the way, part-time employees are not eligible for any retiree health coverage. Additonal credits can be earned for taking part in company wellness programs (smoking cessation, for example). That's not a bad idea.

Like many current retirees, the retiree health plan ends at 65 and the onset of Medicare/Medicaid.

"What if the company changes its mind?" was question no. 27. The short answer is that it reserves the right to do just that. If that happens, the information says, you have no vested interest in the RHIPA. Ouch!

I would be curious to know if the reduced benefits are being applied across the board (publishers, editors, etc.) or if it is just reserved to non-management types.
Posted by Jim of L-Town at 7:00 PM No comments: