In memory and honor of Patricia, my mom 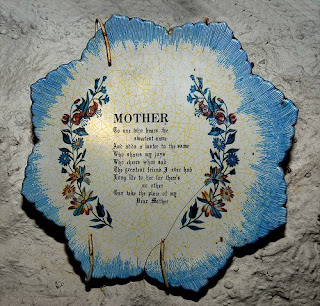 In May 1987, just a few days after Mother's Day, my sister, Pam, my brother, Mike, and I said good-bye for good to our mother, Patricia. It was the end of a 14-year valiant battle with cancer.

I know I speak for my siblings when I say that hardly a day goes by without some conscious thought of her. Her profound and positive effect on my life cannot be overestimated. I miss her more than I can say.

A few years ago, I wrote a true story about a memorable day I spent with my mother and uncle aboard the U.S.S. Hoel, DDG-13, in 1967 while I was in the Navy.

Of all the columns I wrote, and all the items in that column that I published, none was the subject of more discussion and long-term recollection of readers than that one.

So in honor of Mother's Day here it is again:

One of the nice things the Navy did during my short service was annually ships would arrange for a "Dependent's Cruise." It was a day where family could join a sailor aboard a ship and steam out to sea for a nice leisurely day of camaraderie and fun. In 1967, we were allowed to invite two people along.

I chose my mother and my uncle, who lived in La Jolla, just a stone's throw from the Naval Base in San Diego. The day was beautiful and we pulled out of San Diego Harbor about 11 a.m. for an afternoon cruise around the islands off the coast of California.

At the time I was a Quartermaster, which meant my duty assignment was the Bridge. My exact assignment was as Helmsman during critical situations. Those situations could be underway replenishment (taking on oil and supplies from a ship sailing just a few dozen feet from our ship) during battle conditions in Vietnam and in and out of port.

My mother and uncle were on the main deck during our departure, but after the daylong cruise they joined me on the crowded Bridge for the trip back into San Diego Harbor.

At some point before heading into the harbor we took our assigned duty stations and I was behind the wheel heading back into port. As always, especially on a nice day like this one was, the harbor was choked with pleasure craft, small sailing boats and motor craft.

My view was limited to the porthole directly in front of me, but really of no concern because I was steering a course dictated by Captain Fontaine (actually a commander, but in the Navy anyone in charge of a vessel is "captain").

My mother was looking out of the various portholes on the bridge and obviously became concerned when she saw all the small boats surrounding and coming at our, in relative terms, huge ship.

At a quiet moment on the Bridge, my mother rather pointedly called out to me: "Don't hit any little boats, Jimmy!"

Now if there had been a hole to crawl in, I would have. But my shipmates, including the captain, got a huge laugh out of her comment. But I was a mortified 19-year-old.

Angrily, I whipped around and told her: "Mother, if the captain wants me to hit a little boat, I hit a little boat." My uncle, a veteran himself, put his arm around my mother and whispered something in her ear and she didn't say anything else for the rest of the cruise.

About four months later, we were heading into Hong Kong Harbor as we prepared for a four-day break from our Vietnam service. As we approached the mouth of the harbor there were, as there always were in Hong Kong, dozens of junks and sailing vessels coming in and out.

Capt. Fontaine, obviously remembering that embarrassing moment for me in San Diego, turned and told me: "Let's not hit any little boats, Jimmy!" I can't tell you the embarrassment I felt.

In later years my mother and I laughed about the incident and I grew to really appreciate the real reason behind her warning. She simply didn't want me to do anything hurtful to myself or others. The fact she didn't understand how it would sound in a military setting was not her fault.

So on this special day, if you are fortunate enough to still have mother to hug, do so and don't ever miss a chance to let her know how much you love and appreciate her. Oh, and don't hit any little boats.
Posted by Jim of L-Town at 11:31 AM 1 comment:

May the farce be with you... 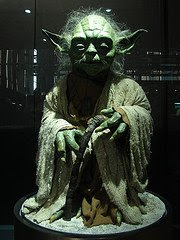 Here's something funny from the Jib Jab guys:

Someday I'll learn how to embed videos so you won't have to jump links.
Posted by Jim of L-Town at 5:43 PM No comments:

Yet another depressing media blog

Worth the read. For those of us with ties to The Oakland Press, the April 12-13 entry on "What went wrong at JRC?" is particularly insightful.

Much on the site to read. I'll put a permanent link on the links page.

Here's a direct link to the article and comments (some are pretty biting, and may I say, good. 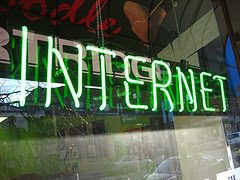 For all the Flint Journal's stated commitment to its website, I'm not seeing it.
As I've said before, the original commitment to an online presence was assigning one person to the job. The original online editor tried, but never got the resources or support she needed to make it work.
With the buyouts offered last year, there was supposed to be a renewed drive to sharpen the online presence. So far that's a big fizzle. The plan, and remember I'm no longer in the loop there, was to have an online desk of six people. Six to replace one. So far, so good.
But stories are posted, many with errors in copy or headlines, and the infrequency of the postings has been noticeable. It may be that the folks left to produce copy are too few to allow for new frequent postings.
I'm one of those who has almost totally made the switch from paper to online, so it's not encouraging when you head online only to find the same stories that were there four or five hours ago.
It is my belief that reader involvement will help drive the success of a website. The Flint Journal seems to have a small group of frequent commenters, but many of the stories register no comments at all.
If I were the Journal's webmaster I would start tracking the types of stories that garner comments and aim to post more of them. And do it more often.
The look of the Journal's website is anemic. Compare it to either of the Detroit News and Detroit Free Press and you'll see what I mean. At least change the type to black and not that pale, faded blue.
For goodness sakes make it easier to find what you are looking for, please. The Journal's videos have been remarkably good, one I think ended up making national news. But they are not prominently featured or displayed.
The two major editors, who alternate columns each week, rarely garner any comments at all with their tepid opinions. Time to stir things up a bit. Yeah, your phone will ring with unhappy campers, but then that would move you closer to being a real editor again.
But the biggest problem is the stagnant website. If the future of newspapers is in their online presence, as things stand now, the future is bleak for the Flint Journal. Time to get edgy, get fun and get real.
In the one column he wrote that garnered nearly 30 comments (still anemic by Detroit Free Press standards) the editor admits to the need for a major change to the online offerings.
Early in March the editor wrote back to the commenters (who generally hated the new site): "On the Internet, to stand pat is to become irrelevant, and we can't afford to do that."
Well, it appears since his comment, the paper is standing pat.
More crime and courts is what is needed, in my humble opinion. The link to mlive.com is the biggest problem the Journal and other Booth papers have in improving to an aggressive and interesting online presence.
Don't take my word for it, check out the articles and where the commenters are. It's usually crime stories or stories about the latest Williamson follies that bring the traffic.
So if you want more traffic, do more of what brings it. Doesn't sound like rocket science to me.
If your are going to do something new, why not do something really new and have some of the editors help out by producing a little online copy instead of heading to the next stupid planning meeting. With fewer hands to produce copy, if you really want to reinvent the news business, it's time for everyone, from the top on down to start helping to produce copy. And I'm not talking about a once a week, from the seat of the pants column either.
Posted by Jim of L-Town at 8:15 AM 4 comments: