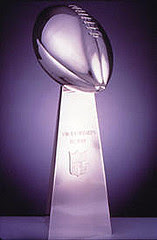 In the nearly three decades since I was editor-in-chief of The State News, I have sometimes heard rumors that it was my staff that started the tradition of "Cookie Day."
Cookie Day, for those who never had the fun or privilege of working at the college daily Goliath, was, at least in my day, Thursday and it required different staff members each week to bring in cookies for the rest of the staff.
While I would love to take credit for the creation of such a wonderful idea, alas, it was well underway when I started there as a reporter in 1977. Today I understand that Cookie Day is practically a seven-course meal, but the tradition survives. Tradition is a good thing.
But what I will take credit for was the first-ever State News vs. Michigan Daily football game on the night before the "Big Game" between the two great universities.
It started with a phone call from the editor of the Michigan Daily the week of the big game.
What the editor proposed was a friendly game of touch football in Ann Arbor. After checking with enough members of the staff to make a team I called back and accepted the challenge.
Part of the deal was that the score of the game would be announced at halftime of the real game.
With 15-20 staffers in a series of cars we made our way to Ann Arbor on Friday afternoon.
Now I'm not proud of the next fact, but in the interest of a full accounting I must tell you that each car had a decent supply of beer, which was being consumed as we traveled.
Consumed in such great quantities that I remember a mass exodus at a rest stop along U.S. 23 just north of Ann Arbor and a sprint to the restrooms for some personal relief.
We arrived at the field in the evening and found that not only had the Daily rented a lighted football field they had hired real referees to monitor the game. It was then I realized this was not just a friendly contest.
As the leader of the State News I called a pre-game huddle and told the staff that we needed to actually try and win this game. So I polled the members and found out that Paul Cox had once played high school quarterback so he was immediately drafted as our field general.
At least one of the female staffers had been a cheerleader so she became a wide receiver. I guess because she could catch. A football is easy compared to a falling cheerleader, don't you agree?
So onto the field we went and not to prolong the story, but we held our own and won it on our last possession. My memory is not good on this but I think the final score was 14-7.
Having sobered up considerably during the football game, we headed to downtown Ann Arbor to celebrate and rub in our victory, but found all of the student bars filled to overflowing.
On a side street we found a half empty gay bar, which welcomed us in and provided us with a case of beer which we finished off before heading home. Again, I would not recommend this kind of drinking and driving, but it was a fact at the time. In the years after I completely gave up drinking alcohol having consumed enough during my police and college years to float a battleship.
I happened to have tickets to the big game the next day at the Big House. So I was sitting in the south end zone with the other 25 MSU fans with tickets watching Kirk Gibson catch a touchdown pass that sealed the Michigan State victory.
What didn't happen that day was the promised halftime announcement of our great victory the night before. The Daily editor pleaded that it was a simple oversight, but I think we all know that it wasn't.
Posted by Jim of L-Town at 3:34 PM No comments: 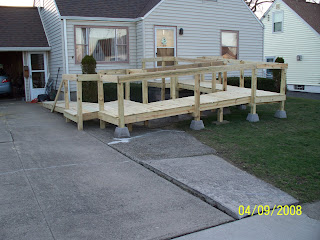 Joan and I arrived back from Buffalo late Thursday afternoon. The trip was successful in that I was able to complete a wheelchair ramp for my father-in-law although my construction project reminded me of the old saying: "Why is there never time to do it right, but always time to do it over."
A couple of construction shortcuts had to be redone which meant an extra day's stay in Buffalo.
We were blessed with wonderful weather and if you have the notion please send up a prayer or two for my dear father-in-law Red.
On the way home we encountered one of my major pet peeves. When you cross the Peace Bridge in Buffalo coming back into Canada you have to pay a toll on the Canadian side, after the border inspection.
When we approached the toll taker, she was surly. As always when I handed her the money I said something pleasant. She simply glowered. So I'm thinking she's probably making $15 to sit there all day and take money and she can't even manage a "thank you" or a smile.
But as I thought again, maybe sitting in a booth all day taking money is not the most pleasant or interesting job. So I'll cut her a little slack and pray for whatever may be going on in her life that makes her so miserable.
Also we arrived home too late for me to attend the going away party for my friend Brooke R. who is leaving the Journal as part of the buyout. Brooke is one of those "good" editors I mentioned early in the blog.
Oh, we had our moments, and there were times she told me to go somewhere really hot, but in all the years we worked together I did respect her judgement and I believe she mostly respected what I did as part of my beat.
A healthy tension and a few arguments are a healthy thing in any good newsroom. It shows care and passion, which is sometimes lacking these days.
Anyway, Brooke reads the blog and I want to wish her well in her retirement.
Posted by Jim of L-Town at 7:12 AM No comments: