Hopefully, sometime today we will arrive home. I'll check in and see what has transpired in my absence and catch up with old friends.
Posted by Jim of L-Town at 8:00 AM 1 comment:

Reporters, editors - The need for tension

In recent months I've done a lot of thinking about the relationships of reporters to editors. Even in the best of circumstances there is always tension and even sometimes anger in the complicated dealings between those two positions.

Reporters, by their nature, are usually passionate folks. They love what they do, they certainly wouldn't do it for the money, and they care about what they produce.

Editors - and we're talking about good ones here - have a real grasp on what reporters think and how they work. Most of the best editors spent a lot of time in the reporting trenches getting down and dirty with cops, judges, bad guys, politicians and other human debris.

They know what it is like to be at the end of a shift at 10:30 p.m. and then hear and respond to another news event that keeps you up until the sun comes up.

While most of the current management at my old newspaper is more in the boss/employee mode, the best news organizations reporters and editors are more like partners in the news gathering process.

A former editor of mine, now long retired, had a long impressive reporting resume. Most of the time he left me alone to do may daily search and destroy missions on my beat. Assignments were rare, stupid assignments even rarer. When a dubious assignment came along he would explain to me why it needed to be done and even acknowledged that the assignment was frivilous, but that it needed to be done.

When he gave me an assignment he knew that the rest of my beat would be on hold and would not hold me accountable if something was missed.

We locked horns plenty of times, but it was never personal. I remember specifically one time arguing about the merits of an assignment. The protracted discussion ended when the editor looked at me and said: "We've now argued about this assignment longer than it would have taken you to do it." I appreciated the humor and agreed it was time to go to work.

Editors - and the newspapers they lead - would be better served to turn aggressive, intelligent and eager reporters loose, rather than saddle them and ride them along a narrow mountain trail leading nowhere.

This is a generalization, but those editors who have lesser reporting skills are often the more officious and more control minded editors. The editors who were confident and able in their own reporting career are more often the ones who realize they will get more copy with less control.

The best newsrooms will occassionally have a flare up or two. Any newsroom that goes without a reporter tantrum at least once a month, is likely a pretty dead place to work.

Guess which ship I prefer 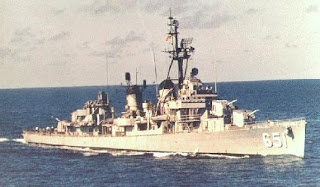 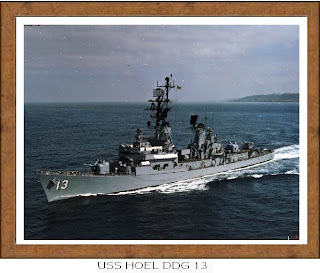 I'm currently sailing on the Carnival Cruise ship "Spirit" off the coast of Alaska. Many years ago the U.S. Government gave me several free cruises on their cruise ships to the exotic Vietnam coastline. I have attached photos of all three. Let me know which one is my favorite. Be careful, the obvious answer could be wrong.
Posted by Jim of L-Town at 8:00 AM 4 comments: