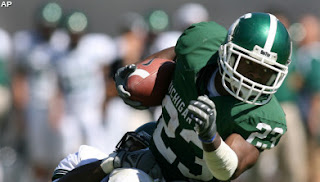 Life is good, the Spartans win. Joan and I are going to see MSU next Saturday in East Lansing. They are playing Florida (something, but not one of the biggees like Florida, Florida State or Miami). It may be Florida Mother-of-Mercy or something like that.
I hate that these really good football teams load up the schedule early with cupcake teams to inflate their records. Now that I've said that, let's home MSU (Michigan State) for those who might confuse it with Missouri State or something, takes care of business next Saturday as they face Florida (whatever). Who will ever forget what happened to Michigan last season against Appalachian State. Not that any of us from MSU will ever give them a chance to forget.
Javon Ringer ran for five touchdowns today. He's the best.
Posted by Jim of L-Town at 6:43 PM No comments: 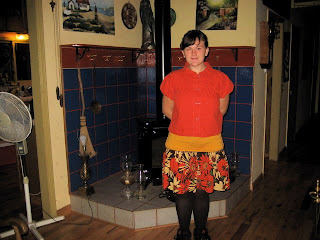 My favorite picture (so far) of my granddaughter Addisen (the little one on the left). I also have attached a photo of my other "favorite" granddaughter Brittany who has started college this fall. They are both precious in their own ways.
I miss my little Brittany and am reminded of her every time Miss Addisen stops by, which is far too infrequently.
Posted by Jim of L-Town at 9:57 AM 1 comment:

From the Reflections of a Newsosaur blog (link to the right)

I keep hoping that things have hit bottom, but it appears the bottom may be pretty deep.
Posted by Jim of L-Town at 9:50 AM No comments:

Journal salaries: A story of have and have nots 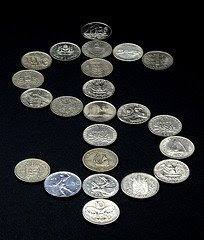 As far as I can tell about 40 (give or take) editorial department employees took the most recent buyout. The fact that the large exodus of experienced news gathering employees eviscerated the newsroom is evidenced by the large number of new hires.

As promised, I have collected information during the past month on salaries at both the weeklies and the daily Flint Journal. In addition to some specific salary amounts (no names will be listed here) I have information that put together with other facts result in a fair educated guess as to others.

I counted 21 daily newspaper reporters (several who are part-time reporters and two columnists), 8 weekly reporters, one editorial writer and five reporters that because I have been out of the newsroom am unable to figure out which side they work on. That’s a total of 35 reporters.

The rest of the editorial department, about 40 people, is made up of editors, copy editors, page designers, a TV coordinator, calendar coordinator, librarian, office staff and a community conversation producer. Top heavy, you bet.

Shockingly, and perhaps mistakenly, there are only three photographers listed on the staff roster. I know they have a small stable of free lancers they call on, but it is hard to imagine the Flint Journal operating with such a tiny number of photographers, especially with the stated reliance on good graphics, photos and videos.

There are several reporters who are still at that top step and for those who cover night meetings and work night shifts there’s an additional 5 percent incentive pay. Presumably there are reporters still making as much as $1,100 a week in the newsroom.

In my early years at the Journal, merit and cost-of-living raises were annual and in at least one year I received a 10 percent raise. In recent years, the paper has given an annual bonus (on top of the 53rd week paycheck that it always did) which has ranged about 1 to 1.5 percent. It's a one time payment that does not increase an employee's salary, thereby holding down eventual retirement costs.

Weekly salaries are all over the map and to be frank the information was difficult to come by. People at the Journal are terrified of speaking up for fear of what might happen to them if they are caught expressing their right of free speech.

But here is what I have learned. New weekly reporters (most of the weekly reporters are full-time, but a couple, some who have been there a long, long time have been kept at part-time status) are starting at $11 an hour. Must be a hard pill to swallow to earn McDonald’s wages when you have to pay off college loans, pay rent and maintain a car. There may be veteran weekly reporters making close to the starting wages of new daily reporters, but again, information was difficult to come by.

Some of the weekly reporters absorbed by the Journal when it purchased the weeklies were making about $14 a hour. At least one of those has left, so I'm not sure how many folks remain at that level.

At least one veteran, full-time weekly reporter who reportedly has a master’s degree is hauling down a miserly $22,000 a year.

Now editors, this is a harder target to hit. As you can imagine, I’m not on the frequent contact list of any editor at the Journal. Can’t say as I blame them. But through some anecdotal information I can make a couple educated estimations.

Middle managers are making in the $70-$75,000 range. (Although a new editor brought in came in at about half that, I believe that person has now moved on). My guess is that the managing editor must be up in the mid to high $80,000 range and no doubt the editor is close or above the six figure mark.

There have been rumored management bonuses and perks apart from the annual 53rd week paycheck, but again I have no information on that.

Benefits are fairly consistent, with part-timers receiving part-time benefits. The only change will come next year when retirement health care will significantly change or become non-existent for some. (See earlier blog entry).

Some of us who left received lump sum payments of nearly two years' pay (some more than that) others are receiving weekly checks equal to what they were making when they were at the Journal. Clearly, this has to be a long range strategy to reduce expenses, but in the short run it would seem to be tremendous financial hit to the newspaper. At the same time you are paying off high paid editorial employees you are hiring and paying additional employees (albeit at a lower salary). Someone smarter than I must have come up with this plan, but I'm appreciative of the consideration that I, and others, received for going away.

Now, if I were still an employee at the Flint Journal, I would call an off-site meeting with all my fellow workers, sit down and graph out exactly what everyone is making. There is no question that some people make more than others, despite doing the same work and the fact they have longer seniority, and the reason for that is as arbitrary as an editor not liking a person’s personality.

Information is power and right is right and wrong is wrong. The only way the disparity will ever by known is for everyone to share the information with each other.

Now, if some of my facts and figures are way off, please feel to contact me through my gmail account: jlsmediaservices@gmail.com and I’ll gladly make the adjustments or additions in the blog entry.

I will be updating this story as new information comes in.
Posted by Jim of L-Town at 9:00 AM 1 comment: 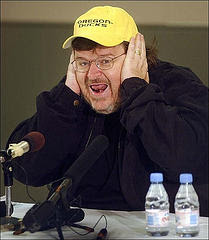 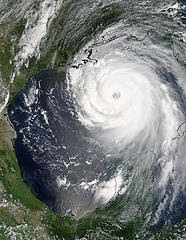 If he keeps this up, he's going to make it very hard to be named to the Davison Hall of Fame. Frequent freefromeditors blog visitor Kevin McKague can tell you more about this.

Do we have to play politics with everything in this country? Hurricanes and other natural disasters along with terrorist attacks should not be used for political advantage. That goes for both sides, IMHO.

Here's the link to Michael's entire comment on the Keith Olbermann (who I know is very popular with other readers of my blog, and not so much with others) show last Friday:

http://www.youtube.com/watch?v=7lrAf_TE-1I&feature=related
Posted by Jim of L-Town at 8:00 AM 2 comments:

Someone from Estonia checked in Saturday. So now we are popular in Central Europe, Eastern Europe and not Northern Europe.
Posted by Jim of L-Town at 8:42 AM 2 comments: