Another lost story from the Journal 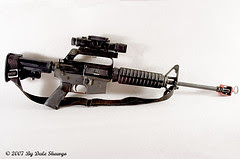 Off line I was reminded of another story I was involved in that shows the sometimes vacant editorial judgement at the new Flint Journal.

One of the favorite mottoes among Journal reporters: "You'll never know what inside page you'll find a Page One story on." That was true more times than not.

About three years ago I picked up on a plan by the Lapeer County Sheriff to sell a fully automatic rifle it had owned since the 1970s.

It didn't take much of my feeble imagination to realize this might be a good story. Let's see, a law enforcement agency deciding to sell a fully automatic weapon to the public. Nothing could go wrong there.

Well, actually, the Sheriff was only going to accept bids from licensed, federal firearms dealer, but it was still a great story.

When I submitted the idea and then the story, I assumed it would be a Page 1 story. When the story ran it was buried in the Region/State section. I shook my head and started questioning my own news judgement.

Roll the calendar ahead six months and the Detroit Free Press and that little New York publication, The New York Times, pushed the story right out front when the sale was advertised.

When I showed up to work, I had a succession of editors who wondered first, why I hadn't known about this and second, to get on it right away for our own story.

So I went to our morgue files and pulled up my story (again, buried far inside the newspaper six months earlier) and suggested that perhaps the editors should include their own newspaper with their daily reading. 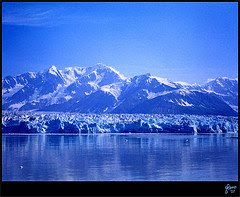 Well, gang we're off to Alaska. The great white North. The land of the midnight sun. The land of ..., OK that's enough.
As I already mentioned, blogging will continue while I'm away (technology willing) so feel free to chime in. What may not happen on a timely basis is the posting of comments, but I'll try to check in a couple times while we are away to post them.
While we are englarging our carbon footprint by flying to a cruise ship, we hope and pray that your summer will be full of fun as well.
Keep stopping by, and we'll be back on the Fourth of July.
Posted by Jim of L-Town at 9:10 AM No comments: 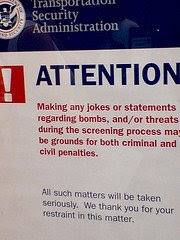 I love to travel, but I hate to pack. Especially when I'm flying somewhere. With all the new regulations, it is frustrating to try and figure out what you can take and what you can't.
Heck if you pack the wrong thing, without even knowing why you could end up in jail.
When I flew to California in January, the hair on the back of my neck stood on end when a TSA official stopped and grabbed my carry on for a further inspection. She "had seen something on the x-ray" that was troubling.
Uh-ho, I thought, what did I accidentally include in my luggage. Well, along with some new luggage I purchased with my going away gift certificate from some of my colleagues (thank you, very much) a new ditty-bag (shaving kit). I completely forgot that my new ditty-bag included a small corkscrew.
So the TSA official dug through my stuff until she found the zippered compartment that included that dangerous cork screw which she promptly confiscated.
Is this toothpaste too many ounces? Have I accidentally packed a machete? I just went through the TSA site and learned that I have to leave my cattle prod and spear gun in my checked luggage. Swords and sabers are also prohibited. Darn.
I wear loose clothing and slip on shoes and come prepared to be frustrated and angry, but unable to show it.
Not to mention that someone with my same name (very common) apparently has come to the attention of the Homeland Security folks, so each and every time I check in I have to do it at the counter and not the electronic check-in because my name is on the terrorist watch list even though I'm ten years older than the Jim who has come to the TSA's attention.
Then once on the plane I have to squeeze my 2X body into a M seat and my 6-2 height and long legs into a space made for a circus dwarf.
Part of my flight day ritual includes drinking almost nothing so that the need to get out of my seat during a five-hour flight is nil.
As a young boy, my mother used to dress my brother and I in sharp slacks, white shirts, bow ties and dress shoes for our one-hour flight to visit my father during Easter and summer visitations. Flying was an adventure, a big deal and something we always looked forward to.
Now I dress like I'm going to the beach to minimize the search issues.
So while I steel myself for the big trip, I have to get my traveling face on. Smile, darn it, smile. Don't argue, be agreeable, don't make sarcastic comments to the TSA officials.
Remember the old saying: "Getting there is half the fun."
Not so much anymore.
Posted by Jim of L-Town at 7:00 AM 5 comments: 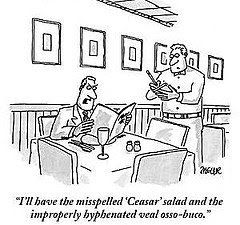 A friend of the blog sent this column from today's Washington Post. It's worth the read. Gene Weingarten writes a very humorous, but thought provoking column.