Some thoughts for Memorial Day

It is the
VETERAN,
not the preacher,
who has given us freedom of religion.

It is
the VETERAN,
not the reporter,
who has given us freedom of the press.

It is
the VETERAN,
not the poet,
who has given us freedom of speech. 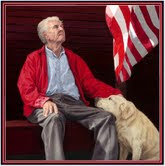 It is
the VETERAN,
not the campus organizer,
who has given us freedom to assemble.

It is
the VETERAN,
not the lawyer,
who has given us the right to a fair trial.

It is
the VETERAN,
not the politician,
Who has given us the right to vote.

It is the
VETERAN who
salutes the Flag,

It is
the
VETERAN
who serves
under the Flag, 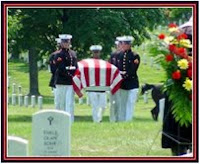 AND LET PERPETUAL LIGHT SHINE UPON THEM.


Please fly your flag today in honor of those who gave the ultimate sacrifice.
Posted by Jim of L-Town at 6:17 AM 2 comments:

I'm living in the Land of Tomorrow

When I was about 9 years old my parents took me to Disneyland in Anaheim on the second or third weekend that it was open. It was a drive of a little more than an hour from my home and my head nearly exploded when we arrived in the expansive parking lot and I could see the beautiful park approaching. (Photo is a view of Disneyland from the air on opening day)

Everything about the park seem unreal, but very exciting. At the time I thought I was the luckiest kid in the world to actually be at this magical place.
One of the things I remember was the "Land of Tomorrow" exhibit, which I believe was sponsored by General Electric. Moving displays showed the dreams and future inventions that GE believed were on the near and far horizon.
The one I was especially intrigued with was the display that showed two people talking on the phone and yet being able to see each other on television screens at the same time. That seemed so fanciful as to be impossible at the time. 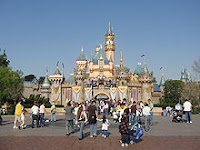 At that time a long distance phone call was a big deal. They cost a lot and we had an egg timer by the phone so that no one would talk too long and run up a big bill. We planned and anticipated making a long distance phone call to the point that everyone would gather near the phone so we could pass the phone quickly from person to person to save time. It rarely happened more than a couple times a month. Handwritten letters were the communications staple of that day.

Last night, I downloaded Skype (I've had the computer for two years and didn't realize I could do this) and within minutes was talking to our daughter in Boston looking at her wonderful face on my computer screen as she watched me pick my nose on her end. I even got to meet her new cat, although I mostly saw its butt.
My son Tim apparently has the same connection and I tried to reach him unsuccessfully.
It's kind of cool to have lived long enough to be in "The Land of Tomorrow."
"To all who come to this happy place: -Welcome- Disneyland is your land. Here age relives fond memories of the past ... and here youth may savor the challenge and promise of the future. Disneyland is dedicated to the ideals, the dreams, and the hard facts that have created America ... with the hope that it will be a source of joy and inspiration to all the world."
—Walter E. Disney, July 17, 1955 4:43pm
Posted by Jim of L-Town at 6:47 AM No comments:

A James Carville rant on the oil spill

There is nothing funnier, well maybe a few things, than a James Carville rant.

The editor of the Buffalo News has some good news for newspaper fans in her column.
Posted by Jim of L-Town at 6:29 PM No comments:

This is a pretty good song by Jimmy Joe Lee, a friend of a friend in California.

I'm sure it's frustrating to deal with the new media. So many new faces, so much on-the-job training, but one Republican state senator has taken it one step too far. The proposal by State Sen. Bruce Patterson (R-Canton) is the latest in a long line of politicians who wanted to harness the media.

The idea of a media license sounds like something out of a Soviet Union playbook, but here it is. This probably won't go far, or at least I hope not, but government should stay out of regulating the media. Period.

It makes me nervous that elected officials even feel comfortable talking about it.
Posted by Jim of L-Town at 9:19 PM 13 comments: