On buggy whips and beats.... 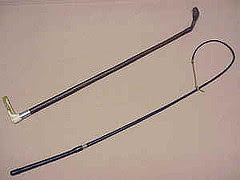 On Feb. 29, 2000, I monitored a police radio call of a shooting at a Beecher elementary school.

Racing as fast as I could the three miles to the scene, I knew that if the radio traffic was true, this was going to be a huge story.

On arrival, police were running everywhere, parents were already streaming into the neighborhood and the first media were arriving on the scene. It was right on final deadline for the Journal and we needed information and we needed it fast.

Fortunately, one of the officers on the scene was a Mt. Morris Township officer that I had developed as a source and within seconds I knew that a first grade girl and been shot by a first grade classmate who apparently brought a gun from home.

The officer gave me this information because he trusted me not to get it wrong and he knew I would never burn him as the initial source. Within minutes we had a new front page on deadline and pretty much all the facts we needed to launch what became a three week international news sensation.

I don’t tell this story to brag, but to make a point.

If one thing is a symbol of the looming death of newspaper journalism it would have to be the shrinking number of actual beat reporters. As newsroom staffs are reduced at the Flint Journal and elsewhere (see newspaperdeathwatch.com link) the major impact will be in the lack of true beat reporting.

Perhaps the one constant among all good newspapers from the early competing big city dailies to just recently was the proliferation of crusty, aggressive beat reporters.

Some of us got into the business in time to live out the dream of being true beat reporters. As newspaper staffs shrink and the work is spread, newspapers will be forced to glue reporters to desks and much of the work will be done by telephone. Who knows maybe from India?

Many of the people who read and comment on this blog are former beat reporters. They know the fun of developing sources, reading the winks and nods of sources, pulling and tugging on sources and the hours spent working sources to finally flesh out a juicy scandal or story.

The great work currently being done by the Detroit Free Press on the unfolding scandal with the mayor there is being done by long time beat reporters. Reporters with excellent sources, sources who are comfortable releasing information to a trusted scribe they know will protect them with a vengeance.

Trust me, the Kilpatrick revelations didn’t just come from a lucky stab in the dark for text messages. Someone on the inside whispered some juicy tidbit in a veteran reporter, or editor’s, ear.

So what is the real cost of the loss of beat reporting? Facts are easy, anyone can report facts, but it is the relationships built up between reporter and sources over years that provide insight, nuance, balance and real understanding. It also brings tips, stories that no one would know unless someone was willing to share them with a trusted reporter.

In my early days at the Journal, I spent hours cultivating sources, riding with cops, sitting in the police station listening to stories learning how things work and who really ran the shop.

Those hours, many unproductive in the story count sense, paid huge dividends when something big broke like the shooting at Buell Elementary School.

Many of the Journal’s great, and now, or soon to be, separated reporters, provided that same kind of coverage in a long list of breaking stories in a city and area rich with news.

In recent years, editors had already begun the process of weaning reporters off those single beat responsibilities and diluting the work product. I've already mentioned the useless features and Sunday "packages" that consumed what use to be valuable beat reporting time.

Covering courts is not easy. Knowing defense attorneys, prosecutors and judges is one thing, but balancing the coverage so that you don’t unfairly treat any of the competing parts is a juggling act that not everyone can pull off.

Paul J., the longtime Journal court reporter will retire later this month, and he is a consummate beat reporter. People at the courthouse trust him, not because he does what they want, but because he is fair and a excellent writer.

Left alone, Paul produced more readable copy than the rest of us combined. But when management isn’t interested in the day-to-day trial coverage (even if many readers love it) those stories end up being held and then buried on the airplane pages. (Airplane pages refer to the designation of inside pages like A-10, A-4, B-2, etc.).

Ken P. was another reporter who could always be counted on to pull a news rabbit out of the hat on deadline. I’m sure Ken would admit it was a result of years of source development and the trust built up between him and his sources. Ken also leaves this month.

Reaching a level of trust with sources is a long process. It is a trust that can be ruined with one careless mistake or one misunderstanding. I could give you plenty of examples where that happened.

There are many remaining reporters at the Journal, and elsewhere, with the ability to continue the great long tradition of solid beat reporting, but with the business headed in new directions it appears that beat reporters will go the way of buggy whips and maybe for the same reason. But it’s sad all the same.

With story quotas and daily demands, the opportunities to sit, visit and just listen to background noise on your beat will be gone. Some of the best stories I found came from those times.
As newspapers evolve into a more general assignment mode, something wonderful and important will be lost.
Posted by Jim of L-Town at 1:25 PM 1 comment:

I've taken an unscheduled break from blogging due to some creeping crud that both my wife and I have picked up.
This thing is like the worst cold and flu and it has now hung on for 9 days. I see the doctor in the morning and hopefully, I will be on the mend.
In the meantime, go back, check up, leave a comment and keep checking back. As soon as I feel better blogging will continue.
Posted by Jim of L-Town at 8:57 PM 6 comments:

A couple of notable articles:

This on the demise of newspaper business sections:

The mantra that newspapers will soldier on with smaller, more inexperienced staffs but somehow continue to produce product equal in quantity and quality as before is simple "Alice in Wonderland" stuff.
Posted by Jim of L-Town at 1:14 PM No comments:

A primer on economics

http://www.youtube.com/watch?v=SJ_qK4g6ntM
Posted by Jim of L-Town at 8:30 AM No comments: 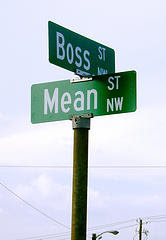 Suddenly there are a number of broadcast media stories about the effects of bullies in offices.

While I don't usually go for trend stories, this would be a great one for the Flint Journal.

The paper usually can't wait to report the latest story trends and this one, especially in these difficult financial times, seems to be a natural.

But just where would they find a bully to profile? Or victims of an oppressive office bully boss to interview? Hummm, let me think.