Blogging will be slow this weekend as we are headed back to Buffalo, NY to help with my mother-in-law and father-in-law.

I'll check in while I'm there and I'll be home Sunday when blogging should resume.
Buffalo has some really unique foods, besides the hot wings. My favorite Buffalo cuisine is a Beef on Weck or kummelweck (See: http://en.wikipedia.org/wiki/Kummelweck) sandwich which is thinly sliced roast beef on a salt-encrusted bun. I've never had one anywhere else, but they are really, really good.
In the meantime, go back, leave a comment on one of the "moldy-oldies" or catch up.
Otherwise, get outside and enjoy this great weather.
Posted by Jim of L-Town at 7:46 PM No comments:

Great blog to check out

In the previous blog item I posted a very funny, but thoughtful, Washington Post column on the experience of a laid off journalist. His name is T.M. Shine and he also has a blog that is worth checking out: (I'll put a link to it in the column at the right)

tmshine.blogspot.com/
Posted by Jim of L-Town at 6:10 PM No comments:

A guy who didn't take a buyout

Here's a security video of a guy going absolutely bananas in an office. A buyout is cleaner and neater. I'd hate to be the custodian after this rant.

Or for a very funny, if long read, this is a gem from a former and recently laid off journalist: 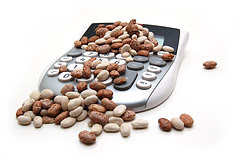 Another troubling report from Newspaperdeathwatch.com:

Good editors motivate people to produce at their highest rate. But quotas and story counting only leads to a reduction in quality and increases the possibility of mistakes. Certainly, editors should keep track of who is producing and who is not, but that goes far beyond the number of daily bylines.
A good investigative piece could take days or weeks to produce if done thoroughly. On the other hand, if someone is missing from the newsroom for hours on end and is producing nothing, obviously more supervision is in order.
But when you treat everyone like they were the worst producing person in the room, you hurt morale.
Managing is different than controlling.
Posted by Jim of L-Town at 6:41 PM No comments: 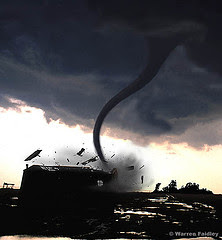 Give the Flint Journal credit for recycling. Not newsprint, but certainly recycling news.
Five years ago the Journal did a blowout special edition on the 50th anniversary of the devastating Beecher tornado that killed dozens of people.
So Sunday, the 55th anniversary of the tornado, the Journal, who can't seem to get enough of this disaster, recycled much of that five-year-old material into an online package.
Reporter Shena Abercrombie, a good reporter who took over my old beat plus keeping the several beats she already had, did the update story for the dead tree edition, but online the Journal reached into its morgue and recycled a number of stories that were done five years ago.
The also dusted off another story from 2001 done by the late Len Hoyes on the tornado.
When I went online today at first I was surprised to see bylines from old friends Kim Crawford and Ed Ronders, but then spotted the editor's note that acknowledged these were actually reprints from 2003. Hopefully, they'll recycle a new check for my two buddies.
Are we glimpsing the future of newspaper thrift? No need for reporters when you got stories on ancient history by people who are long gone. They were good the first time, so what not again?
So what will be get next year on the 56th anniversary of the tornado, more of the same?
The Journal is in love with anniversary stories. The slaying of Kayla Rolland at Buell Elementary School and the Beecher Tornado are just two examples.
It's cheaper than actually looking for news, especially when the stories are in-the-can and already paid for. No need for reporters, just a good librarian. Oh wait, they got rid of the librarian, so it must just take a good computer program that can retrieve old stories.
Newspaper imagination should be more than looking back at old calendars and copying what you did before.
Posted by Jim of L-Town at 1:35 PM 5 comments:

Fun facts for a Sunday 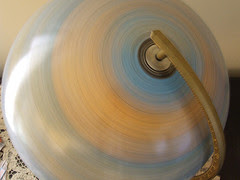 Just took a peek at my Google counter. Since March 30, the day I installed the counter service, 1,474 people have visited freefromeditors.com. That, of course, doesn't account for anyone who visited here from Dec. 1, when I started the blog, until March 30. So I thank all of you for your visits.
The service doesn't tell me who is stopping by, but it does tell me from where. Predictably, the vast majority of visits come from the United States, and more than 900 are from Michigan. It also tracks repeat visits and some of my most loyal visitors live in Oakland County and, of course, the Flint metropolitan area also sends the majority of visitors. Other Michigan visitors are scattered throughout the lower and Upper Peninsula.
But Canada sends quite a few visitors, Thunder Bay, Windsor, St. Catharine's, Montreal, to name a few.
I'm still intrigued by folks in Ireland, the UK, Scotland, Morocco, Australia, China, India, Turkey, United Arab Emirates, South Africa, Egypt and a few more I can't remember, who still drop by from time to time.
Posted by Jim of L-Town at 8:55 AM No comments: