If you haven't seen this You Tube, it is very funny. Do yourself a favor and stick with it to the end.... 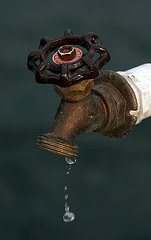 http://www.editorandpublisher.com/eandp/news/article_display.jsp?vnu_content_id=1003712001
Posted by Jim of L-Town at 4:32 PM No comments:

About jockeys, sergeants and editors 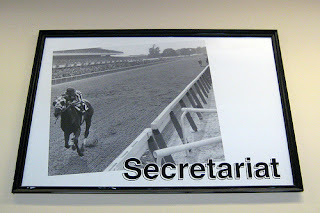 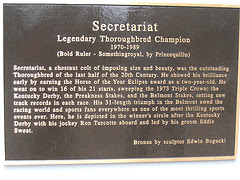 Before my 30-year career as a newspaper reporter I spent seven years as a police dispatcher and police officer for two California suburban police departments.

I learned a lot about good supervision and bad supervision during those seven years. In many ways, police work and newspaper work have a lot in common.

They are both professions where those who practice it must react quickly to rapidly changing circumstances. It requires supervisors and employees to work closely and effectively together, but not in the traditional boss-employee way.

Unlike a factory assembly line supervisor, police supervisors (and editors) should be working with and not above the police officers and reporters they share office or police car space with.

In my years as a police officer I witnessed a number of promotions of police officers to sergeant and can make some general observations.

Those who remained humble and didn't let a promotion go to their head were the more effective and efficient sergeants that I worked for. Officers I worked with would do everything they could to make a good sergeant look better.

But in those cases where a new sergeant let his/her promotion go to their head the result was almost always a disaster. I remember one officer (Patrick) who turned into an officious butthead after he was promoted. No matter that Patrick had been maybe the biggest slacker on our shift once he was promoted he turned into a monster. In other words, a mediocre officer was now in charge of his peers.

I remember one of his first supervision shifts when he told me and a couple other officers, "Even though we have been friends, from now on in public, you need to refer to me as 'sergeant.' Actually, that was the last time any of us called him 'sergeant.' Patrick was mostly "hey you' or completely ignored because of that.

Patrick, who had little road experience before he 'kissed' his way to the sergeant stripes, showed up at a traffic accident and we deliberately stood around with traffic backing up in all directions until he arrived. When he got there he asked us what we were doing and we told him we were just waiting for our supervisor to arrive so he could tell us what to do.

He was so frustrated, and with little previous knowledge of what to do, he nearly melted down as we made our point that he needed to lighten up and get off his pedestal and work with us and not 'above' us. Eventually, Patrick got the point and settled into being a decent supervisor.

Editors are in the same position. New editors should be mindful that many of their contemporaries remember how they were as reporters. So when they take on the officious manner of an editor they once fought and argued with, people aren't too sympathetic or cooperative.

Under the best editorial management of my career, reporters and editors were pretty much equal in status. It was not a boss-employee relationship, but one of mutual respect and an understanding of the different, but important role of each position. At times it meant sharp disagreements and even heated arguments. In the end, both realized they were working for the same thing, a good newspaper.

Sadly, at the Flint Journal in the past few years the editorial management style is more akin to a foreman in a plant than one of professional cooperation. I can tell you that most reporters react very negatively to being treated like a line worker, especially when they are pushed to the limit, stretched thin and getting little help or support from editors.

If you hover like a shepherd, you end up with sheep. Good reporters are not sheep, they are thoroughbreds and should not be handled like sheep. More on thoroughbreds later.

Remember the old Disney dark rides like Mr. Toad's Wild Ride? You rode in an open car that traveled on tracks as wild and scary things jumped out at you in the dark. There was the illusion of danger, but really no danger.

Well, journalism of the type being practiced by the management at the Flint Journal is the newspaper equivalent of Mr. Toad's Wild Ride. There is the illusion of journalism and hard edged reporting, but really not so much. Company lawyers and timid editors see to that. How else can you explain that the Flint city mayor was unchallenged during his campaign just last year with assertions of an $8 million surplus and just months later announcing a $4 million deficit and layoffs. Someone was asleep at the switch. All while the Journal wasted countless inches and pages on an also ran American Idol candidate.

The difference between what the Flint Journal and hard hitting major newspapers are doing is the contrast between the dangers of Mr. Toad's Wild Ride and the Indianapolis 500.

The Journal shuns overtime, but basically winks at the fact that many of its employees are working hours much longer than what they are being paid for. But still, its editors who have little understanding of what constitutes real news reporting, feel no shame in challenging the work ethic of some very hard working people.

I heard a story once about the jockey who rode the great horse Secretariat to glory. The jockey was asked by a sports reporter how "tough" it was to ride such a strong and powerful animal.

The jockey responded that Secretariat was actually one of the easist rides of his career.

The jockey explained that Secretariat loved to run, loved to run ahead of the pack and so the only thing that would discourage him would be if the jockey pulled back on the reins and bit.

The only horse races Secretariat ever lost, and there were not many, the jockey explained was when he had pulled back on the reins to try and control him in tight quarters. At the pull of the bit, Secretariat slowed and quit on the race.

What bad editors refuse to understand is that some people run better and work harder when they are not hard on the bit. When the bit is jerked on they pull, resist and slow. It's not science, just human nature.

Being a good editor is more than reading copy and assigning stories, it's understanding your people as individuals and giving them their head (another horse analogy) and letting them work unfettered by useless meetings and direction.

I think of the editor-reporter relationship more in the realm of a military squad. Editors, especially the lower line editors, should be akin to the lieutenant who takes a squad into battle, but lives and suffers along with the enlisted.

No one worries about who is wearing lieutenant bars when the bullets are flying. Everyone looks out for everyone else.

If editors want to treat others like a factory worker, then by all means give them the overtime and breaks they deserve.....
Posted by Jim of L-Town at 2:19 PM 5 comments: 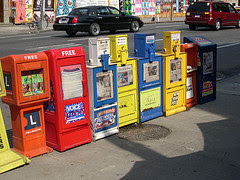 Here are some new articles posted on newspaperdeathwatch.com and their links. All interesting reads.

Tidbit quote from the first link:
"I think it's unfair to single out journalists as thieves, or violent, or drunks, or child abusers," says Reynolds. "Sometimes they're all of the above."
http://iowahawk.typepad.com/iowahawk/2008/01/notepads-of-sha.html

Here's a tidbit from the last item I will post here:

"But there's also the greed monster Wall Street has created, wherein a single digit profit margin is no longer enough reason to get out of bed in the morning." Frequent freefromeditors ommenter Oakland will surely agree with that. Here's the whole article.

Another afternoon daily bites it..... 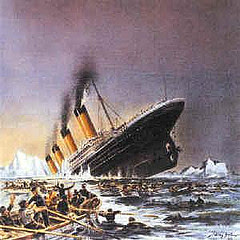 Another afternoon daily gone.
Posted by Jim of L-Town at 4:12 PM 1 comment: 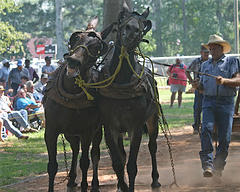 Newsroom staff may soon feel like they are being beaten like rented mules. I wish I could claim the metaphor, but a friend repeated the "beaten mules" thing to me yesterday.

Word has come that the goshawful "Making a Difference" feature will now anchor the new "People" section in the Saturday Flint Journal.

I'm told that the feature also comes with an extended deadline.

Uggggh! What a joke, this is a feature that never should have been instituted and now is being promoted to rock star status in the paper. Is there any wonder this paper is financially bleeding.

The Journal also featured a story on a coming state police academy and it included a quote from "a man on the street." Just guessing, but they probably forced some reporter to head to the nearby mall or bus station to find some anonymous schmoe to make a useless comment on the story.

It's painfully obvious that the newspaper leadership is plowing ahead at high speed on a road that leads, at least to nowhere, and at most to disaster.

And for all the editorial management bluster about how the paper would do "everything" it had been doing even with less staff, it is painfully obvious to everyone what a joke that was.

People in Lapeer County, and no doubt Shiawassee County, have completely noticed the dearth of local news in the paper and some have told me they are likely to cancel soon. Other coverage, especially local "real" features and business news have diminished as well.

Don't blame the reporters either, they have impossibly large beats and expectations to cover. Even with their story quotas - one story a day plus a Sunday story every other week - it would not be possible to be everywhere they need to be.

Joan and I just returned from a weekend trip to Buffalo, NY. We know, we know, Buffalo is not a winter vacation destination, but it is when you have family there.

Anyway, Newspaperdeathwatch.com (one of my favorite sites - also linked here) has a new round of bad newspaper news.